You are the owner of this article.
Edit Article Add New Article
Home
News
Campus Life
Sports
Entertainment
Opinion
The Echo Chamber
News6
The Scroll
1 of 2 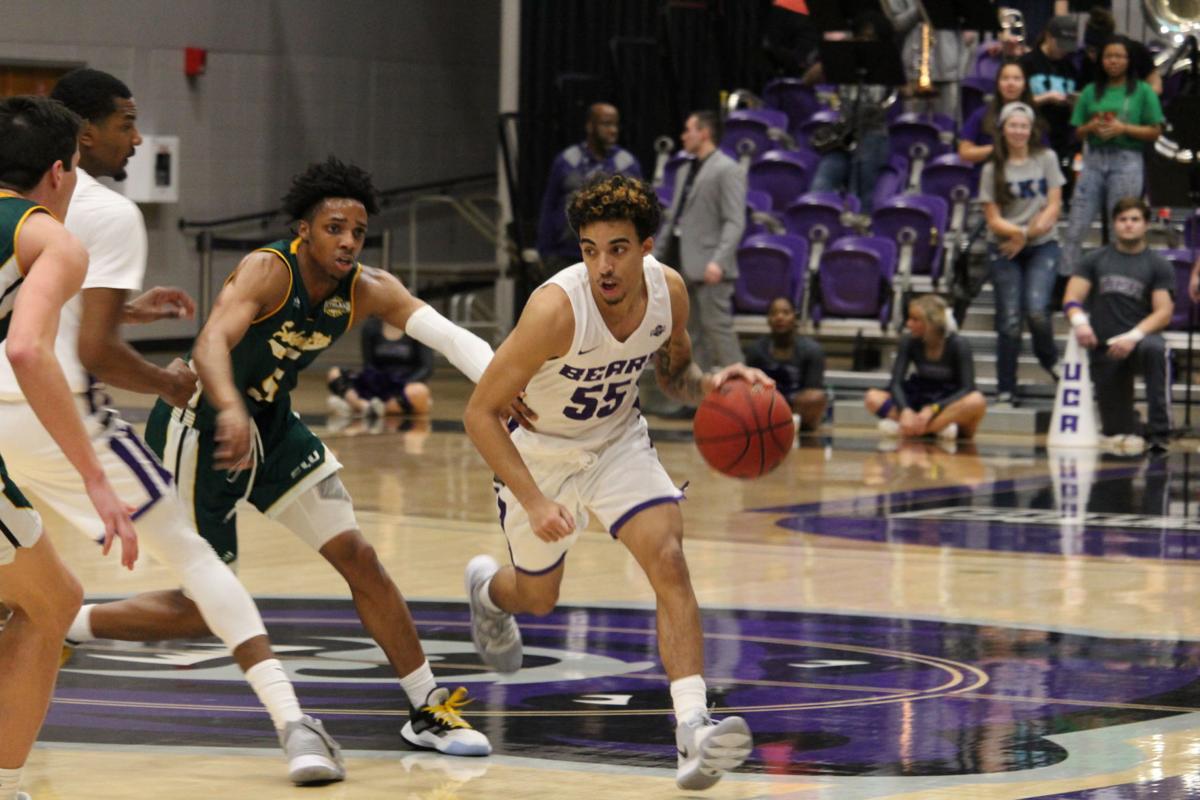 Junior guard Deandre Jones goes for the basket against Southeastern Louisiana in the Farris Center on Jan. 29. Jones finished the game with 10 points as the Bears routed the Lions in a 88-68 win. 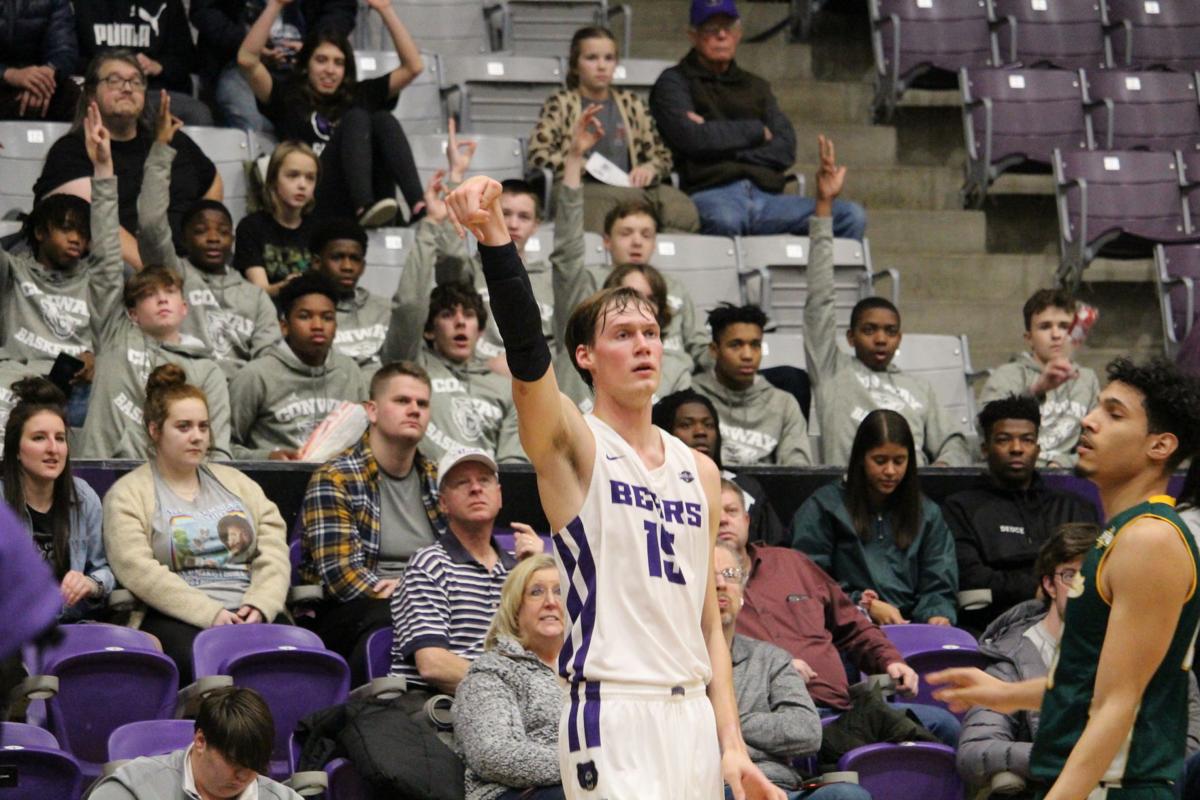 Junior center Hayden Koval (15) gets the crowd amped up after shooting from downtown in a 88-68 blowout win over Southeastern Louisiana Lions Jan. 29 in the Farris Center. Koval finished the game with 18 points and 14 rebounds.

Junior guard Deandre Jones goes for the basket against Southeastern Louisiana in the Farris Center on Jan. 29. Jones finished the game with 10 points as the Bears routed the Lions in a 88-68 win.

Junior center Hayden Koval (15) gets the crowd amped up after shooting from downtown in a 88-68 blowout win over Southeastern Louisiana Lions Jan. 29 in the Farris Center. Koval finished the game with 18 points and 14 rebounds.

The UCA Bears (7-15, 6-5 SLC) appear to have found their rhythm towards the end of the regular season as they won both of their matchups this past week with a blowout win against the Southeastern Louisiana Lions (6-15, 3-8 SLC) and a

The Bears were able to get a much needed victory on Wednesday, Jan. 29, in the Farris Center against the Lions, breaking the Bears three game losing streak.

The Lions appeared to have control of the game early as they built a nine-point lead with a little under ten minutes remaining in the first half in part because they were able to beat the Bears in the paint battle with 22 points compared to the Bears 10.

The Bears were also cold from the three point line, shooting 4-15 with over half of their total shots coming from downtown. The Bears were able to overcome this and go into halftime with a 40-38 lead.

The Bears came to play in the second half as their defense was able to cause 15 turnovers and junior guard Rylan Bergersen surged for a game high 20 points while also grabbing 5 rebounds, and 4 assists.

“It’s just a matter of completing two halves. We didn’t play so well in the first of this game, but we played really well in the second half so we just need to have a complete game,” Koval said. “I’m sure if we play like we did in the second half all 40 minutes at Northwestern State, we’ll come up with the win.”

The Bears were able to take the momentum from that game into the weekend as they were able to come from behind and beat the Northwestern State Demons 79-71 for their first road win of the season on Saturday, Feb. 1, at the Prather Coliseum in Louisiana after being down 27-43 going into halftime.

Coming  into the game, both teams were tied for sixth place in the Southland Conference so plenty was at stake.

With all of the noise that the Bears have had to deal with on and off the court this season, Interim Head Coach Anthony Boone couldn’t have asked for a better time for his team to come together and get a good couple of wins against tough opponents.

The UCA Bears will continue their road trip as they face the Lamar Cardinals (11-11, 5-6 SLC) next on Wednesday, Feb. 5 at Montagne Center in Beaumont, Texas and then the McNeese State Cowboys (12-10, 7-4 SLC) on Feb. 8 at H&HP Center in Lake Charles, Louisiana.