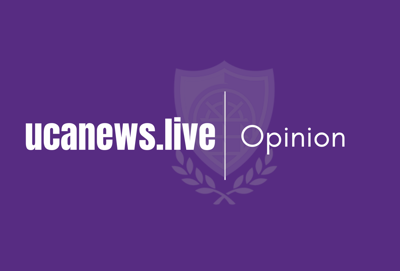 The public takes every moment available to campaign for mental health or sympathize with those spending more time inside their own head than out of it. It’s not misplaced by any means, but a majority of those who continue to emphasize the practice of self-care forget, or intentionally exclude, those that find peace in a pill.

For a medicated sufferer, a daily dose of Lexapro or Wellbutrin keeps the wheels turning and the tears suppressed. For others, the suggestion of a face mask or spending some spare time on a hobby mends that otherwise bad day.

Neither approach is exclusively better than the other, yet one seems more normalized and socially acceptable.

If you praise the discussion of mental health, yet continue shaming a person for choosing the route of medication, you’re not quite the advocate you think you are.

The stigma surrounding antidepressants is ongoing as depression continues to affect a large portion of adults today.

According to the World Health Organization, depression affects approximately five percent of the global population. It’s hard to imagine one form of help being unanimous across approximately 400 million people.

Antidepressants — or any medications for that matter — do have their own side effects, but many of those who are medicated would much rather sacrifice their libido or slim figure for any stretch of time they can spend away from their internal problems.

Before you spit your “big pharma” monologue to someone reliant on that daily 20 milligrams, take a moment to consider how lucky you must be to avoid mental breaks and existential fatigue by partaking in 30 minutes of self-care.

By being a proponent of only “natural” remedies when aiding those who suffer, you limit them from routes that might really be the best option.

When adults shy away from a selective serotonin reuptake inhibitor, it’s often because they’ve been raised in an environment where it’s been shamed and looked down upon. Even if that person decides to pick up SSRIs later in life, they deal with that internal dread of feeling like their well-being depends on a pill.

For many, their life is very dependent on that daily dose. But it’s not any cause for shame. If anything, the bravery to pursue medical help for depression is rare to see and even more rare to hear about.

Whenever I’ve discussed mental health with friends, I’ve always brought up the option of adding an antidepressant to their lifestyle. This does depend on how intense their troubles are and how long they’ve been present, but I remind friends that you’re going to know yourself better than anyone else.

You can’t force someone onto antidepressants, but if you’re someone who’s considered them for long enough and seem to find no alternative to coping, they’re an option that is more commonly used than you’d expect.

Everyone should be having daily walks, taking time for hobbies and pampering themselves once in a while. But for a majority of adults with depression, these practices are not going to produce any long-term, sustainable results.