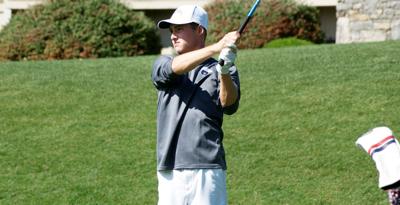 The two-day invitational was hosted at The Country Club of Sapphire Valley which features a 6,767-yard, par-71 course.

With a score of 841 (-11) the Bears place behind Morehead State, Virginia Commonwealth, South Carolina and Georgia Southern University, with GSU taking first place.

Individually, the Bears were led by sophomore Spence Jenkins, who finished sixteenth with a score of 208 (-5). Following Jenksins was junior Miles Smith at 209 (-4), earning Smith a tie for 22nd.

In the first day of the event, the Bears found success with Jenkin,Smith and sophomore Brett Daughdrill posting career-lows. Daughdrill completed five birdies on the back nine, leading him to 2nd place with a score of 66 (-5).

“We all have been working very hard on our games over the summer and to start the year,” Daughdrill said. “I had a great couple of rounds at the tournament in the previous year, and I came in with a lot of confidence in my game and a solid plan on how to attack the course.”

Freshman Blaine Calhoon jumped up 18 spots behind a career-low finish in the final round, earning a score of 67 (-4). This round also included seven birdies for Calhoon.

“All five guys are contributing this year,” Runge said.  “We’re all capable but the trick is all coming together, gelling and playing well at the same time.’

Another factor Runge mentioned that he believes can propeal the Bears forward is closing out tournaments in the late rounds.

“We’ve had a couple guys be in contention after a round or two rounds but didn’t quite pull through at the end,” Runge said. “That’s [an area] that can help individually and as a team by just finishing off those rounds.”

Daughdrill believes it’s only a matter of time before the Bears take the next step and begin earning top three finishes.

“If we all put it together the same week, we are capable to win,” Daughdrill said. “I just believe it’s a matter of putting ourselves into position and becoming comfortable playing at a high level.”

The Bears next tournament will come Oct. 4 as they travel to Shreveport, Louisiana for the David Tom Intercollegiate at LSU.