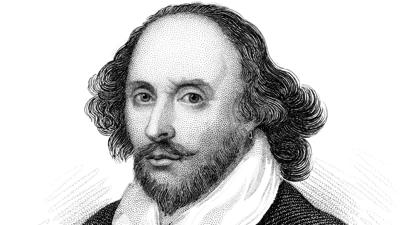 With a new author course designed to delve into the works of Jane Austen, UCA is, hopefully, beginning to turn in a new direction and explore the voices of women in literature.

According to UCAs class schedules dating all the way back to the semester of Fall 2007, there have been four author courses consistently available to students: Shakespeare I and II, Milton and Chaucer.

Shakespeare is known by practically everyone in all corners of the world. But in all honesty, how many people (outside of English literature lovers) actually know who Milton or Chaucer is? I had never heard of them before I began my studies here at UCA. And I’m an English major.

But whether or not an author is well-known isn’t the problem with the author courses. The lack of diversity is where things need to be evaluated.

Other than being some of the most widely discussed authors of all time, Shakespeare, Milton and Chaucer all have one major thing in common: they’re old, dead white guys who are -- dare I say it -- over studied.

I believe that if the English department really wants to challenge us and send us into the world with well-rounded views, we must be given more opportunities to study the works of women and minority authors.

If we only look into the writings of male authors, it isn’t hard for women to be practically written out of history. In most stories, women are seen as nothing more than conquests with an overabundance of emotion and a tendency to fall from societal grace. We used to be what helped fill the background in a story instead of what fueled it.

Women have fought for decades to become a more valued part of society. Some took obvious measures, like the suffragettes of the early twentieth century, but others snuck their opinions into their writings. If we want to honor those who fought for recognition, we need to stop letting the work of women in literature be swept under the rug.

When we study the literature of women, we get to look at how they were treated from a new angle. We see that the actions of men that male authors portray as normal and expected are actually indecent, ridiculous and harmful in the eyes of women.

Through the writings of women, we get to see the delicate line they are toeing in the sociopolitical boundaries of their culture. When we study these boundaries, we can learn more about the actions women take today to further their progress in society.

If the university wants to take an even deeper dive into diversity, courses studying minority authors should also be integrated.

In today’s climate especially, studying the works of minorities could bring about difficult but much-needed conversations. The recognition of minorities is an ongoing battle and one that has been too long ignored.

With the implementation of more diverse author courses, UCA can create students with a more well-rounded viewpoint and a better understanding of the situations others face.