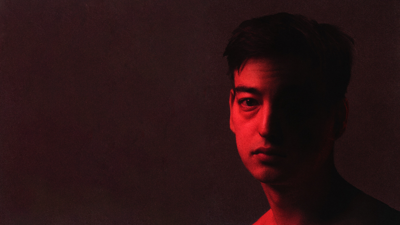 Joji’s sophomore studio album “Nectar” was released on Sept. 25 and brought life back to the underrated anti-pop genre.

Since the release of his previous album, “BALLADS1” in 2018, Joji has mastered the art of emotional expression through music. Throughout the 18 tracks on the album there is a distinct variation of emotions. This aspect is able to draw listeners in because they can feel emotionally attached to some of the songs.

Many musicians made cameos on Nectar including names like Lil Yachty, rei brown, Omar Apollo and Yves Tumor.

The feel of the album overall can be described as passionate. Feelings of love, desperation, loneliness and sadness take listeners on the journey of a distraught man trying to figure himself out.

This album encapsulates the same feeling of “BALLADS1” but has found ways to show his pain through music notes and lyrics.

The song “Gimme Love” was previously released as a single this summer. It began as a fast-paced and catchy tune that would be stuck in people’s heads for days. After listening to it all the way through, the ending shifts into a chorus. The shift is not smooth from the two tones in the song but somehow this works perfectly. The angelic voices enhance Joji’s performance and make it seem almost divine.

Other songs released early as hit singles include “Sanctuary,” “Run” and “Daylight.”

What is so unique about “Nectar” is how every song is so similar but different at the same time. Each song has its own story that is able to move people in some way or another. Rhythmic lo-fi beats work to almost contradict the sad messages embedded in songs like “Pretty Boy” featuring Lil Yachty.

“Pretty Boy,” which was previously released under the name “NOT SONG” months before is a very popular song on the album. While it had a very anti-pop and lo-fi beat, Lil Yachty added a new element to the mix that only made it more enjoyable to listen to. He was able to give a feeling to this song quite like he did in Social House’s “Magic In the Hamptons.”

Joji is able to balance many different vocal performances into one moving piece of art. He varies from falsettos to smooth harmonies and back to his signature low and raspy tone.

While Nectar is similar to his first album in many ways, this album gave a more intimate look at the artist and how he handles his thoughts. The cover photo, which is a red tint on a partially shown headshot of Joji, is the cherry on top of an aesthetically pleasing album.

With this being only the second album of his career, the new and upcoming artist has already blown many away with his unique sound that appeals to a generation of people who deeply relate to his lyrics.

The execution of “Nectar” was such a success that it will be difficult for Joji to top it, but I am excited to see what he comes up with.