You are the owner of this article.
Edit Article Add New Article
Home
News
Campus Life
Sports
Entertainment
Opinion
The Echo Chamber
News6
The Scroll
1 of 3 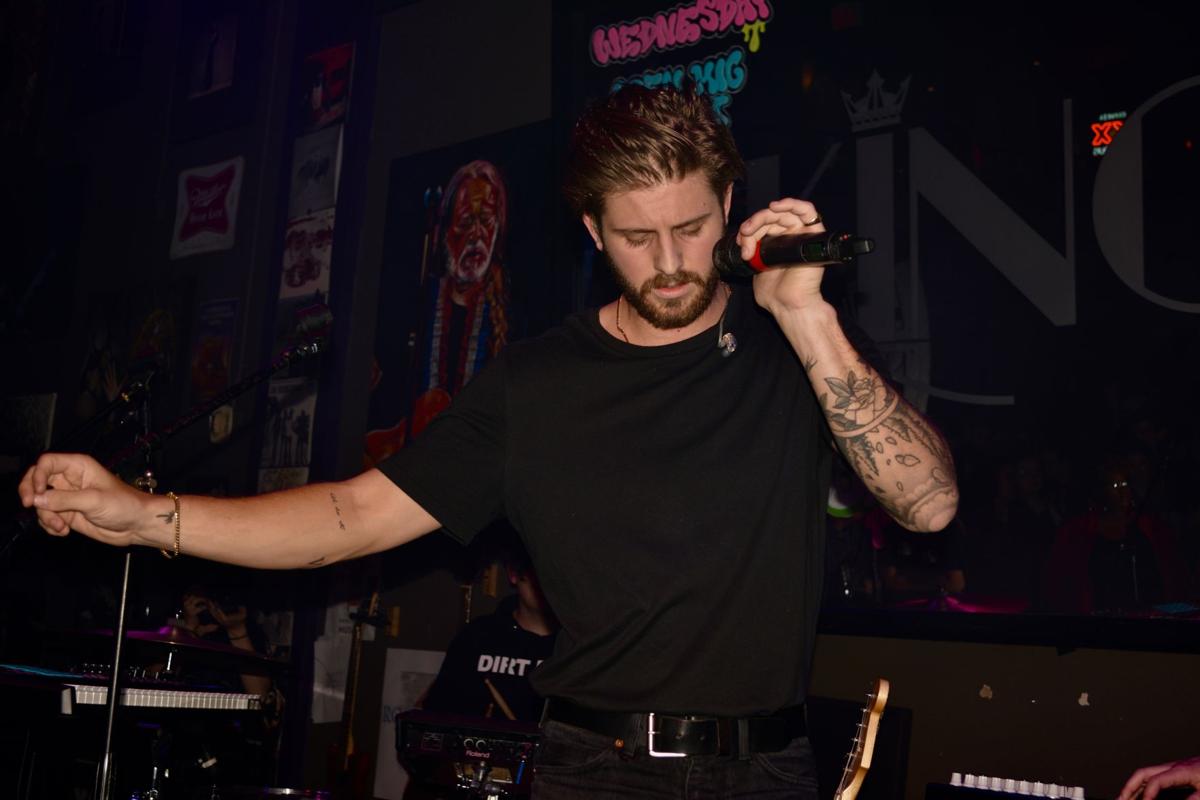 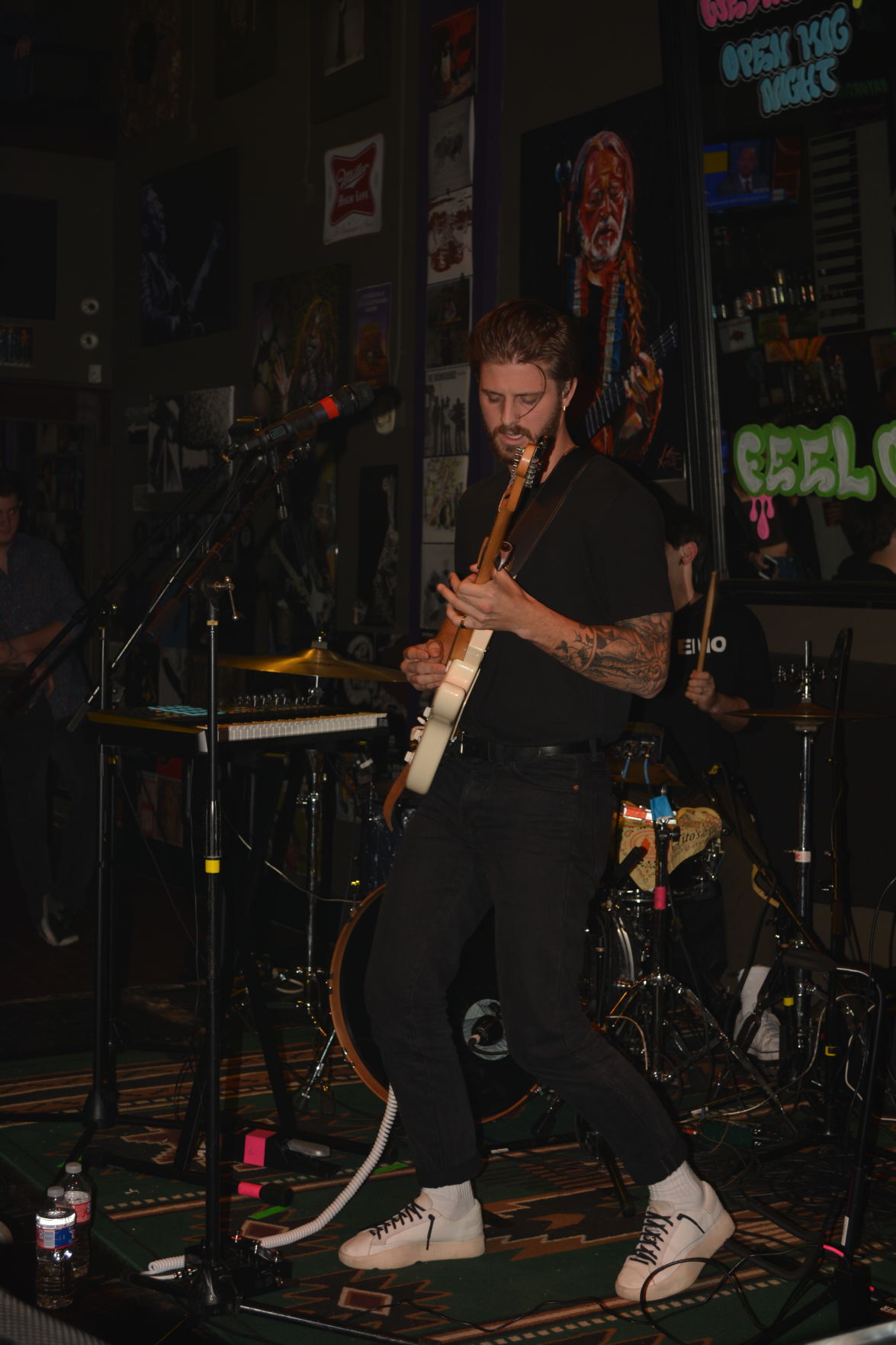 Lewis gave an energetic performance and stole some hearts along the way. 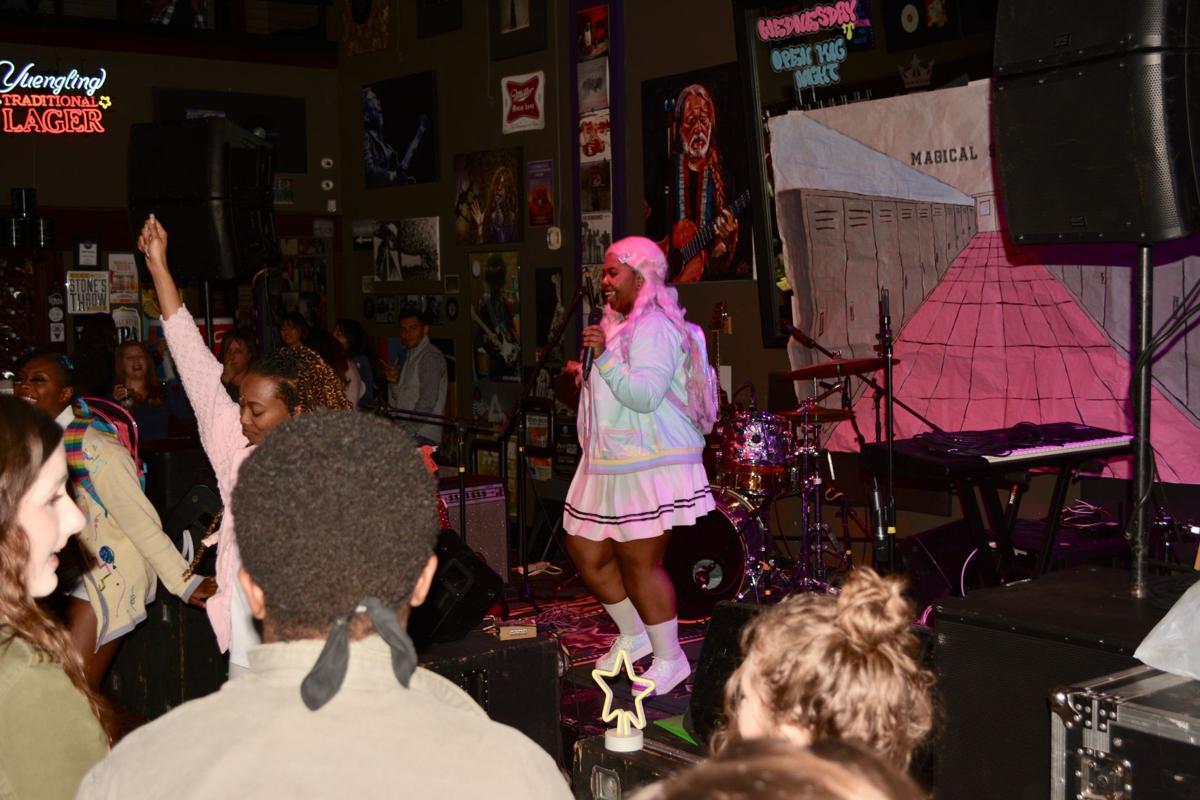 Opening act and UCA graduate student Afroshoujo expressed the importance of self-love in her performance and got the crowd dancing.

Lewis gave an energetic performance and stole some hearts along the way.

Opening act and UCA graduate student Afroshoujo expressed the importance of self-love in her performance and got the crowd dancing.

Kings, an intimate dive bar in downtown Conway, has long been the locale of choice for college students to unwind and offers underground artists an opportunity to get their names out there. Artists Afroshoujo, Kevin Krautner and Quinn Lewis were guests at this year's Hat Trick.

To begin the night, Afroshoujo took the stage with her bubbly personality and bright school girl costume. The rap and R&B artist interacted with the crowd and often left the stage to perform at the level as the audience. Her friendly ambience made it feel as though she were hitting the club with her friends, rather than performing.

Afroshoujo displayed the empowerment of Lizzo, the bright style of Nicki Minaj circa 2010 and a goofy personality like Cardi B. Her stage presence was undeniable. She even payed homage to Lizzo and covered “Truth Hurts.”

She introduced each song with an anecdote. Her song “Walmart Run” documents the life of broke college students. She reminisced in the days when she would have to chauffeur her friends around and the destination, more often than not, would be Walmart.

Afroshoujo is currently a graduate student at the University of Central Arkansas and is studying vocal performance.

Indiana native Kevin Krauter gave the second performance of the night. The alternative artist provided a contrasting sound to Afroshoujo’s. The energy of the crowd shifted from boisterous mosh pit dancing of to gentle swaying.

Krauter recently released three singles, “Green Eyes,” “Surprise” and “Pretty Boy,” in promotion for an upcoming album, to be released Feb. 28. He tried out some of his new music during his set, divulging behind-the-scenes details to the crowd.

“In ‘Green Eyes,’ there’s a sick guitar solo that I spent a lot of time writing,” Krauter said. He was correct; it was indeed sick.

Although he showed his appreciation for the crowd’s support, Krauter was not as interactive as Afroshoujo.

The crowd maintained a steady attendance all throughout the night. Before the last act, concert directors of KHDX, Kennedy Reynolds and Zach Gray, gave a heartfelt thank-you to all the people that made this year’s Hat Trick happen.

Quinn Lewis, an Australian native, closed the night with incredible energy. The pop artist was very interactive with the audience, as many of the women in the crowd shamelessly flirted with the poor Aussie.

He was a good sport about everything and was wearing a smile throughout the whole performance.

“I’m pretty happy right now, and I hope you are too,” Lewis said.

“‘Where Do We Go When We Die,’ because I don’t know,” Lewis quipped, before performing the single of the same title, which was released last January.

I was pleasantly surprised by this year’s Hendrix Hat Trick Music Festival and plan to get a group of friends together to attend next year. I encourage any music lovers out there to do the same.