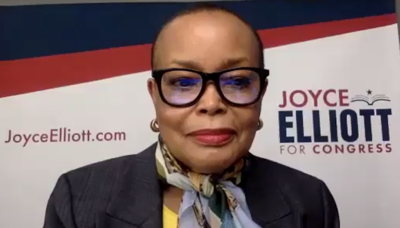 Sen. Joyce Elliott gave advice on how to remain strong and be respectful to young activists on Wednesday night during a panel discussion for the annual Schedlers Honors College challenge week.

“Each year we convene a community-wide conversation about a topic of current and lasting significance in this year’s theme of ‘Democracy, Governance and Citizenship’ certainly fits the bill. The year 2020 is the 100th anniversary of women’s suffrage, a presidential election year and starting this summer, has become a sustained call for racial justice,” Dean of the Honors College Patricia Smith said. The goal of this year’s challenge week was to provide students with that chance for conversation.

Ellen Hostetter, associate professor of the Honors College and coordinator of each annual challenge week, said students are encouraged to “take a step back, pause to take stock, ask difficult questions about American democracy and have productive conversations about where our country has been, where we’re heading, and how to move forward together.”

Sen. Elliott, who is currently campaigning for Congress, shared her experience with students over Zoom for Wednesday's discussion of minority women in politics. She advised young activists to “keep going” and not to lose the passion to stand up for what they believe is right, even when they reach a vulnerable position of comfort.

Elliott said that activists commonly stop standing up for what they believe is right when they reach a position of vulnerability and have more to lose, such as when they begin to pay taxes, buy a house or maintain a good position in their job.

She said the intergenerational movement is becoming more broad and we need more activists. In regard to the differences, she has seen with the Civil Rights movement of the 1960s and the recent Black Lives Matters movement, Sen. Elliott said that progress cannot be sustained and becomes cyclical “if you wait for each generation to come along and start anew.”

Sen. Elliott encouraged activists to “find a way to continue to be that person who continues to stand up and push back and to be pleased with what you do yourself.”

She said the way to bring about change is by addressing those who have a different opinion in a respectful manner. She said to remain respectful and encuoraged listeners to invite conversation because by inviting a conversation to occur, “you give them the power to teach you something,” and often, they will listen and learn from you as well.

She said that the emotional toll of discrimination “tattoos a burden on your soul that just does not go away. It can lead to all kinds of diseases such as high blood pressure and ulcers. You end up giving up part of your life as a way of dealing with all this stuff.”

Sen. Elliott said that minority women are expected to work much harder than men and white men. She said that the same expectations should be held for all people.

Expectations between the men and women are “baked into the cake” that is the American system, but Sen. Elliott challenges activists not to place the genders into separate boxes.

Sen. Elliott “began her career as a teacher, teaching English and speech for 30 years to public high school students in Arkansas, and ran for office shortly after teaching to ‘expand her impact from students in the classroom to people all over the state,’” Honors Professor Donna Bowman said.

She served as a state representative and then state senator for nearly 20 years working to “expand access to affordable health care, improve education outcomes and support working families,” Bowman said.

Sen. Elliott is campaigning for Arkansas Congress in this year’s election taking place in November.